The Great Depression was exceptionally difficult for most consumer product companies, but Procter and Gamble came out of the entire meltdown a whole lot stronger than it was in 1929. How did the soap giant beat the Great Depression? Things were rough at first when most of their mainstay grocery customers started cutting their orders and P&G’s resulting inventories piled up. P&G’s leadership determined that even in a depression people would still need soap, why wouldn’t they buy it from Procter and Gamble?

Thus, instead of cutting back their advertising efforts to cut costs (as many of its competitors did), the company actively pursued new marketing channels, which at the time included the then rising commercial radio broadcasts. It was able to maintain and increase sales while other companies folded. One of these campaigns involved becoming the chief sponsor of daytime serial dramas aimed at housewives, the company’s primary market.

P&G was one of the first companies to sponsor daytime serial dramas on the radio in the 1930s to advertise their products to housewives. The shows were associated with sponsors such as P&G’s Oxydol, Duz, and Ivory soaps and were dubbed “soap operas.”

In 1933 P&G debuted its first serial, Oxydol’s Own Ma Perkins, and housewives around the country quickly fell in love with the daily stories. The program was so successful that P&G started actively creating similar daily serial dramas to bolster its other brands, and by 1939, the company was producing 21 of these so-called “soap operas.”

P&G sponsored numerous other radio shows, including Perry Mason, The Red Skelton Show, Truth or Consequences, The Road of Life, Dreft Star Playhouse and Against the Storm, the only radio drama to win a Peabody Award.

Their most successful production was The Guiding Light, a soap opera created by Irna Phillips in 1937, and sponsored by P&G White Naphtha Soap. The series transitioned to television in 1952 and continued to also be broadcast on radio until 1956.

What began as a small family-run candle and soap business, grew through innovation, creative marketing, and partnerships to become the largest consumer goods company in the world.

“Those who do not learn history are doomed to repeat it.” The quote is most likely due to writer and philosopher George Santayana, and in its original form it read, “Those who cannot remember the past are condemned to repeat it.”

Which side of history are you going to fall on? Many more businesses failed during the Great Depression and other economic collapses than thrived and rose above.  We obviously have choices to make.

You have choices to make:

And finally, you have to ask yourself one last pair of questions:

How to Use the Synergy Between PPC & SEO to Leverage Campaigns SEPTEMBER 27, 2019 Written by Alice Roussel Often, PPC (paid search advertising) and SEO (“free” organic search engine optimization) are treated as separate, opposing channels. Different people might be in charge of each task for the same website, using …

let us help get your business visible online

How are you spending your advertising budget this year? 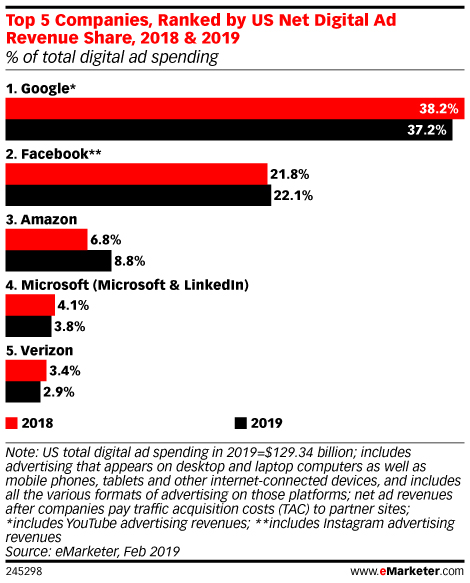 Digital ad spending this year is projected to grow 19% to over $129 billion. It ill officially surpass traditional advertising for the first time.
According to eMarketer, Google and Facebook show fractional increases from last year. Amazon takes the cake for the most growth.
Read more

For more than six years, Mike and his team have been a part of my “secret sauce” for lead generation and driving attendance at marketing events. Together we have executed more than 60 successful campaigns and I see much more in our future. Read more “”

Using 360 Connexion has proven to be a great decision for my Company, with great results and a world-class team I couldn’t ask for more. Read more “”

My clients trust me to help them grow their businesses. and in turn, I trust Mike and his team to execute the call campaigns that will play an important part towards reaching those goals Read more “”

I have had the pleasure of working with Mike and his teams since 2011. They have always served as a virtual extension of my core marketing staff. Experience is everything and Mike is a solid partner with insight and creative ideas Read more “”